Dollar Rises as Fed Officials Push Back Against Call to Cut

The dollar was higher in early trading in Europe on Wednesday, supported by comments from senior Federal Reserve officials playing down the likelihood of interest rate cuts, and by a fresh bout of safe-haven buying on geopolitical tensions.

The dollar was strongest against the Aussie and kiwi after data published in China showed industrial production and retail sales falling short of expectations in April - even before the imposition of new tariffs on its exports to the U.S.

Chinese stocks however rallied on Wednesday, apparently in anticipation of further stimulus from the Chinese central bank.

President Donald Trump on Tuesday called on the Federal Reserve to “match” any stimulus provided by China to offset the economic damage from his new tariffs.

However, Kansas City Fed President Esther George warned in a speech that “Lower interest rates might fuel asset price bubbles, create financial imbalances, and ultimately a recession,” and put the responsibility for any risk to the U.S. economy on “trade policy uncertainty and slower growth abroad, particularly in China, the euro area, and the United Kingdom.”

In a separate appearance, New York Fed President John Williams (NYSE:WMB) warned that tariffs would tend to push up inflation.

“As tariffs get larger, assuming that happens, the effects will be bigger, boosting inflation in the next year and probably having negative effects on growth," Williams told Bloomberg.

The euro was drifting after news that the German economy grew by 0.4% in the first quarter, a figure that has already been overshadowed by weak business surveys in April and May. A second reading of Eurozone GDP is due later Wednesday.

The British pound has lost ground after yesterday’s data showing average earnings growth slowed slightly in March. It’s also still under pressure after Labour Party Deputy Leader John McDonnell warned that cross-party talks on a deal to approve Brexit are close to collapse. Prime Minister Theresa May indicated on Tuesday that she is aiming for a fourth parliamentary vote on her withdrawal agreement sometime in June.

Write your thoughts here
Post
Post also to:
Comment Guidelines
Disclaimer: Fusion Media would like to remind you that the data contained in this website is not necessarily real-time nor accurate. All CFDs (stocks, indexes, futures) and Forex prices are not provided by exchanges but rather by market makers, and so prices may not be accurate and may differ from the actual market price, meaning prices are indicative and not appropriate for trading purposes. Therefore Fusion Media doesn`t bear any responsibility for any trading losses you might incur as a result of using this data.

Fusion Media or anyone involved with Fusion Media will not accept any liability for loss or damage as a result of reliance on the information including data, quotes, charts and buy/sell signals contained within this website. Please be fully informed regarding the risks and costs associated with trading the financial markets, it is one of the riskiest investment forms possible.

Comic: Investors Wait Anxiously as Trump and Xi Joust Over TariffsBy Investing.com - May 14, 2019 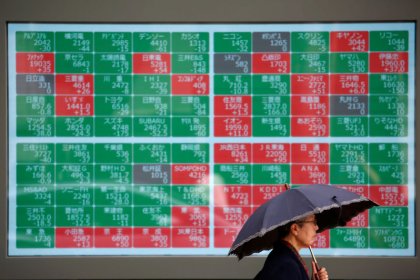 UK jobless rate falls again as employers hire ahead of BrexitBy Reuters - May 14, 2019 1

StockBeat: Vodafone Bows to the Inevitable Costs of 5GBy Investing.com - May 14, 2019
More News